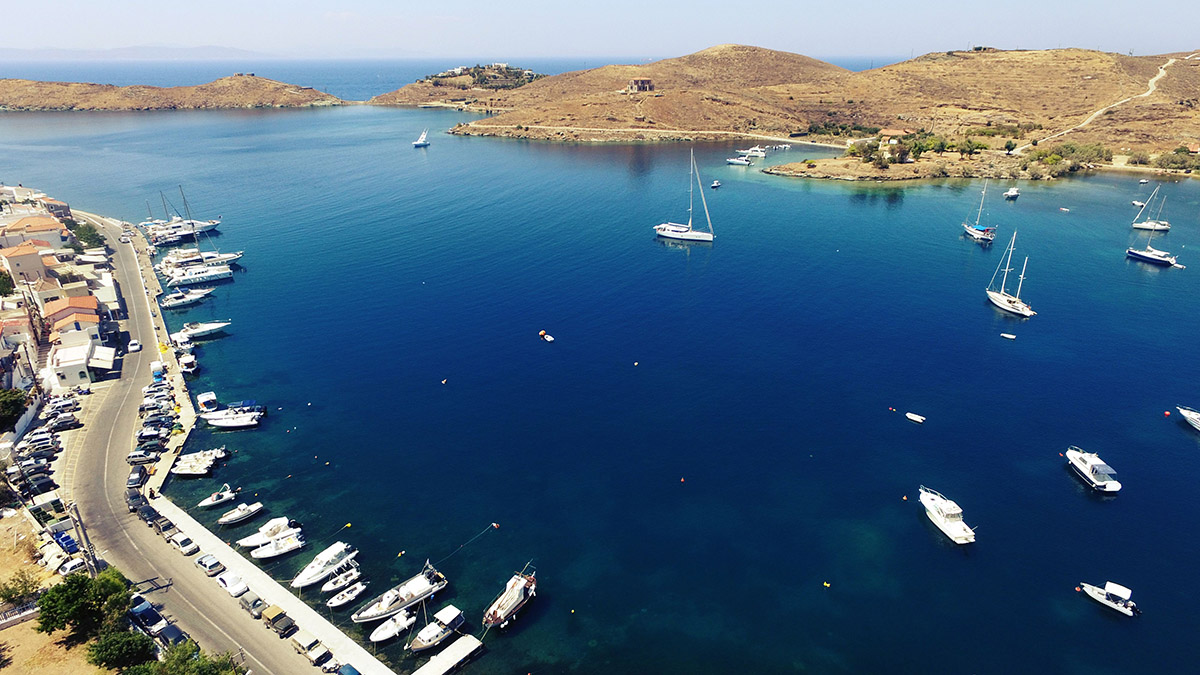 The picturesque and cosmopolitan Vourkari is a meeting point for yachts and local people and it is situated within 2 kilometers from the port Korissia in the bay of Saint Nikolaos, 7,5 kilometers from Chora or Ioulida, 3 kilometers from the beach-bay of Otzia and a few minutes from Yialiskari beach. Transportation on the island is possible by local buses, taxis and cars. Tzia has a fine road network and renting agencies for cars and motorbikes. Just across Vourkari, there is Saint Irene’s peninsula named after the chapel bearing the same name which is built within the archaeological site. It was back in 3000 up to 1100 B.C. that in this location an important Aegean settlement flourished. One may see findings which are exhibited at the archaeological museum of Ioulida.

In Saint Irene’s peninsula we come across:

DEVELOPING OTHER ASPECTS OF TOURISM